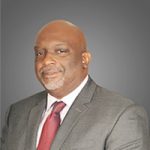 Managing Director/Chief Executive Officer
Mr. Andrew Otike-Odibi is a Chartered Accountant, and currently the Managing Director of C&I Leasing Plc. He joined C&I Leasing in 1998 as a Senior Manager and was appointed to the Board in 2007. Prior to joining C&I, Mr. Otike-Odibi was a Branch Manager with Diamond bank Plc. He holds a B.Sc. and MBA from the University of Benin.

Executive Director & Chief Financial Officer
Mr. Mbakogu Alexander graduated from the University of Nigeria, Nsukka with a B.Sc. in Accounting and an MBA in Finance from the University of Lagos. He has held several positions since joining C&I Leasing Plc, serving in the capacity of Management Accountant; Head, Treasury; Manager, Finance and Accounts and until recently, as the Managing Director, Leasafric Ghana. He is a fellow of the Institute of Chartered Accountants of Nigeria, and is a member of both the Institute of Credit and Risk Administration of Nigeria and the institute of Chartered Management Accountants of Nigeria. 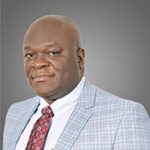 Executive Director & General Manager C & I Marine
Mr. Wisdom Nwagwu a well experienced Marine engineer, got his Class One certificate of competency from the South Tyneside College, South Shields, United Kingdom, in 1993. He holds a diploma in Ship’s Superintendency from the prestigious Lloyds Maritime Academy, United Kingdom in 2005 and a PGD in Business Administration from the University of Liverpool, 2013. Prior to joining C&I Petrotech Marine (now C&I Marine) in December 2011, Mr. Nwagwu spent 11 years at Lamnalco Ltd. with his last 4 years in the capacity of Fleet Manager - West Africa, responsible for Lamnalco’s operations in Cameroon, Equatorial Guinea, Angola and Ivory Coast. 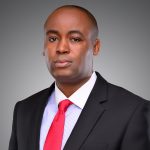 Managing Director Leasafric Ghana
Mr. Chiobi Ikechukwu Edwin. He is an associate member of the Institute of Chartered Accountants of Nigeria and has worked in several financial advisory positions prior to joining C&I Leasing, including, Elmack Nigeria Limited as the Head of Financial Control & Logistics. lyke is a Member, Chartered Institute of Personnel Management of Nigeria (MCIPM) and also an Associate of Nigeria Institute for Training and Development. 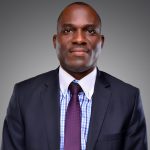 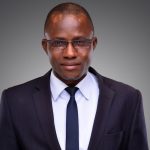 Head Finance
Aiyeola Sunday Adesoji joined C&I Leasing plc in August 2008 as an Accountant. Prior to joining the company, he worked in various capacities with Dangote Group and rose to the position of Head of Accounts (Dangote Flour). A trained Chartered Accountant by profession, Soji holds a B.Sc. in Economics, with over 15 years of professional experience. He is also a member of the Chartered Institute of Bankers of Nigeria. 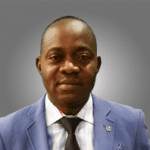 Group Head Supply Chain
Stephen Adeloro became part of the C&I Leasing team in April 2020, having garnered over 20 years cumulative work experience, with various responsibilities in Treasury, Finance and Supply Chain in Notore Chemical Industries Plc and in Lafarge group where he rose to become the Country Head of Procurement Operation in 2015.<br /> He is a member of the Africa Resource Center (ARC) Expert Pool (Nigeria & UK) which focuses on supply chain in the health sector, a graduate of Accountancy from Ondo State Polytechnic Owo, a Fellow of the Institute of Chartered Accountants of Nigeria, a Chartered Logistics & Supply Chain Manager and a Chartered International Procurement & Purchasing Manager from the American Certification Institute.</p> <p> 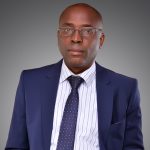 Head Audit, Risk & Compliance
Mr. Ayodele Johnson Babatunde joined the service of the company in December 2007 as a Management Accountant. Prior to joining the company, he worked with Truevine Global Asset Management as the Head of Financial Control. Mr. Babatunde holds a B.Sc. in Accounting from the University of Lagos and is an Associate Member of the Institute of Chartered Accountants of Nigeria and the Chartered Institute of Taxation of Nigeria. He is a member of the Chartered Institute of Stockbrokers. 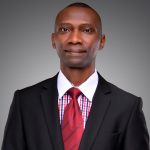 Head, C&I Fleet Management/ Country Manager, Hertz
Adetayo Abiodun Olugbenga joined C&I Leasing plc in 2007, as an Internal Control Officer. He obtained an HND in Accountancy from the Lagos City Polytechnic, lkeja, Lagos in 2006. Prior to joining C&I Leasing, he had worked as an Internal Auditor for Sweet Sensation Confectionary. Mr. Adetayo is a member of the Institute of Chartered Accountants of Nigeria, 2009; and a Certified Internal Control Professional, 2012. 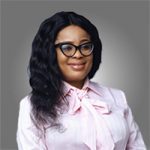 Head C&I Outsourcing and Training
Uche Nwachukwu joined C&I Leasing as a Human Resources and Admin Executive and later became head of Operations in the Outsourcing unit effective March 2013. Prior to this, she worked as a Customer Relations Executive at Bruswich Nigeria Limited between February 2001 and June 2002. Ms. Nwachukwu obtained her MBA from the Ladoke Akintola University, with a specialization in Human Resources Management and Services (2010- 2012). She is an Associate Member of CIPMN and NIM. She has been serving as Head of C&I Outsourcing in an acting capacity, since March 2020.<br /> 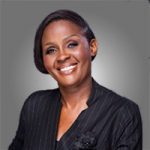 Head Citracks
Ruth Nwigwe is a value-driven leader focused on growing company bottom line through cost optimization, business process efficiency and implementation of corporate governance principles translating into profitability and business sustainability.</p> <p>Her 20-year experience spans Procurement, Logistics, Administration, Business Strategy and Change Management, with over 16 years spent in C & I Leasing handling strategic roles in the aforementioned areas and building proficiency in organizational operations.</p> <p>Ruth Nwigwe’s transition into core Business Management has deepened her interest in managing sustainable companies. She has a certificate in Design Thinking from Stanford Graduate School of Business and an MBA from the University of Wales.<br />